October 09, 2019
Mainstreaming Protocol This program was established by Dahlia Soliman President of The Egyptian Autistic society with New Horizon school in 2005 following completion of Soliman's Masters thesis on ‘Mainstreaming Children with Autism in Egypt’ for the qualification of Master Degree in Autism, School of Education, The University of Birmingham, 2002. The program begins in the specialized center. After the children have completed the three levels of the Verbal Behavior Program they start working on pre-academic skills.  At the age of four each child is allocated a shadow teacher / teacher aide (TA) based on his needs (see section for shadow teachers) .The TA begins to work on KG1 (reception) material at the center and prepares the child for the school interview. The child is placed in a ‘pre-mainstream ‘class at the center where skills such as sitting in a group, raising his hand to ask a question, copying from the board and lining up are taught. The child’s parent’s b
Post a Comment
Read more

My personal observations about autism in children

November 15, 2018
Since The Egyptian Autistic society was established in 1999 I have met and diagnosed thousands and thousands of children. I meet at least 4-5 new families a week coming from all over the world but mainly from Egypt and the Arab world. Without realizing I noticed several patterns and had many observations. Very often I would catch myself asking the parents questions related to the patterns I found. This article is nothing more than my personal observations. It is not supported by any research by me (although some of the patterns after looking at literature seem to have been noticed and researched by others). -        The most “exciting” and baffling observation in my eyes, is the fact that so many of the children I see are a result of either IVF or at least their mothers had taken hormones to speed up pregnancy. I said “exciting” and baffling because of the implications this observation could have if it is indeed true that there may be a link between hormone imbalance (excessive ma
3 comments
Read more 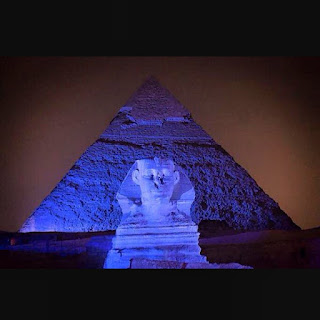 In 1995 I returned to Egypt after finishing my degree in Australia. I worked in a special needs school for four years as School Psychologist while I finished my Post Graduate Diploma in Dyslexia. I discovered my passion for Autism so I travelled one summer and took the TEACCH training. I came back and set up a classroom for children with Autism only using the TEACCH method.  By 1998 I realized that there needed to be an entity specifically for Autism (with no other disabilities) so I set up the Egyptian Autistic Society. I started by giving sessions to the children and advising parents on what to do at home. I trained staff and started doing day trips in the community and called it the 'Saturday Social Club'. Very quickly it became apparent that the children needed more than individual sessions so I set up a classroom and started the 'Head Start' full day program. I hired a Speech and Language Therapist who also started working with the children daily. I was approach
Post a Comment
Read more

February 08, 2016
I often see these cases where the children exhibit some Asperger symptoms and some ADD symptoms yet do not meet the criteria for either! These children are the hardest to diagnose and are often misdiagnosed or not diagnosed at all. They are usually floating around in mainstream schools usually struggling socially. Their ability to understand social norms is very poor. It is as if they just landed with a spaceship from another planet but were not given the manual for our society. Parents are often in disbelief at how simple concepts such as not grabbing other peoples food, not standing  so close to people when you talk to them can be so difficult to somehow who is academically quite successful. sadly these children suffer a lot; they suffer for many reasons. Primarily, the education system as a whole forgot them . They are too smart academically to be seen as an issue and too mild to be seen as a problem. however their inability to understand concepts such as making and keeping friends
Post a Comment
Read more 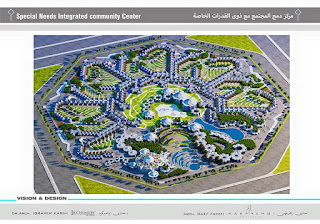 Wow what a year! Since March Fatima Mamish, Ingy Mashhour (two parents of children with Autism) and myself have been working on our dream project; establishing multiple comprehensive centers all around Egypt for special needs. On the 23rd of May we finally received a phone calling telling us that President Abdel Fattah El Sisi will meet with us and listen to our project. I was on the beach in Sokhna (outside Cairo when I heard) . I went numb and started to panic quietly. I was surrounded by atleast 15 of my friends and their kids but i saw no one. All i wanted to do was pack my stuff and hurry back to Cairo to revise the project. i also had to call the parents of some of my ASD students as i was informed I needed to take the children with me.  By the time I made it to the car the security check had begun, every two minutes we would receive a call asking for pictures of my ID, my drivers ID my license plate and the IDs of every single staff attending with me. I couldn't tell them
Post a Comment
Read more
More posts